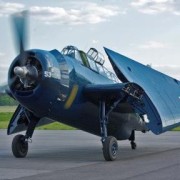 BETHALTO – The TBM Avenger, a 40-foot bomber, from the Missouri Wing of the Commemorative Air Force (CAF) will be the highlight of this year’s 2015 Wings & Wheels Fly In and Car Show from 10 a.m. to 4 p.m. on Saturday, Sept. 26, at St. Louis Regional Airport.

The Gruman Avenger was manufactured right after Pearl Harbor. One of the most famous crew members of a TBM Avenger aircraft was actor Paul Newman, Miller added. Newman served as a radioman/gunner on one of the planes during World War II.

Miller said the TBM Avenger aircraft is a beauty to see and he encouraged residents to come out and witness it.

“The B40s and other airplanes of the pre-Pearl Harbor era could not match the performance of the Japanese, so the TBM Avenger was developed,” Miller said. “It had a crew of three. One was a pilot/gunner, one was a radioman and another a tail gunner. The radiomen/gunner combination was in high demand back then. We also have about 100 other airplanes coming in for people to see.”

Miller said it is becoming a rarity to see vintage World War II planes at these types of show because many of them are ending up in museums.

“Many of the World War II planes have gone on their last flight and are now in museums,” he said. “The tire costs, insurance rates and parts have gone up so high, many are not flown anymore. Often people with these types of planes ask for appearance fees.”

Miller calls the car show that will also take part on that Saturday one of the “premier” in the region.

“Our location is a good place for a car show,” he said. “We have plenty of free parking for general parking as well as an area to display the cars. There is no fees to register cars for the show. It is basically just a good time with people getting together.”

Miller said often he sees both car enthusiasts and those interested in planes mixing, talking about different paints, techniques, decals and so on.

Fly In visitors can touch the metal and see the kind of plane Newman and other naval flyers served in thanks to the CAF. The organization acquires, restores and preserves in flying condition, combat aircraft and takes them to public events to make historic planes accessible to people that may never get to visit an aviation museum.

This year’s Fly In attendees could take a ride on the Avenger for $895. Individuals can sign up for their own mission as a crewmember or give a flight as a gift so a friend or family member can experience or remember what it was like to hear the engine, smell the smoke, and be in the machine gun station or behind the radio of a plane flying off to attack “Zeros.”

Close to 100 other aircraft are expected as well and the East Side RC Club will demonstrate radio-controlled model airplanes and helicopters. Pilots who have not registered are encouraged register in advance by calling St. Louis Regional at 618-259-2531.

Planes signed up to date include a Spacewalker II, Ercoupe, fully acrobatic Citabria, and a glider. There will be several T6 trainers and an assortment of Cessna’s, Beach and Pipers, including a J3 Cub.

As always, there will be a big car show and a swap meet for automotive enthusiasts. New technology will be showcased alongside antique autos, hot rods, custom cars and motorcycles. Registration for the car show begins at 9 am, an hour before the event opens.

Food and drink will be on sale and families are welcome to bring picnic baskets. There will be activities for kids and a multi-national firearms display that will give adults and kids alike a close up view of historical weapons. The Amateur Radio Emergency Service will have an on-air demonstration.

Although the cars and display planes will be gone on Sunday, Sept. 27, kids age 8-17 can return with their parents for free flights sponsored by the EAA Chapter 864 Young Eagles. Youth are encouraged to do advance registration for the free flights Saturday during the Fly In. The Mustang Santuary will also have a couple horses for children’s viewing that day, Miller said, which is a special treat.

Admission and parking for the event are completely free. Parking is located just off of Hwy. 111 directly in front of the airport. A map and event details are available at www.stlouisregional.com. 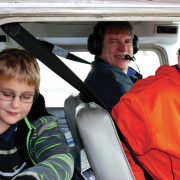 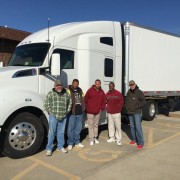 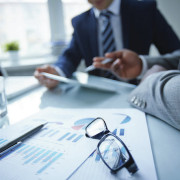 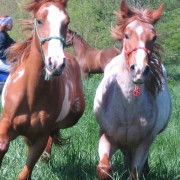 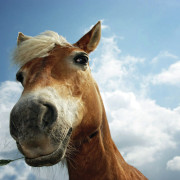 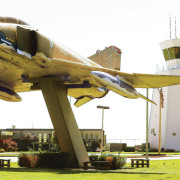 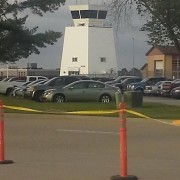 Youngsters take to the sky this weekend — Fly In, free flights highlight ...
Scroll to top